Teen Pregnancy and Sex Education in the Bible Belt: Implications for Effective Programming 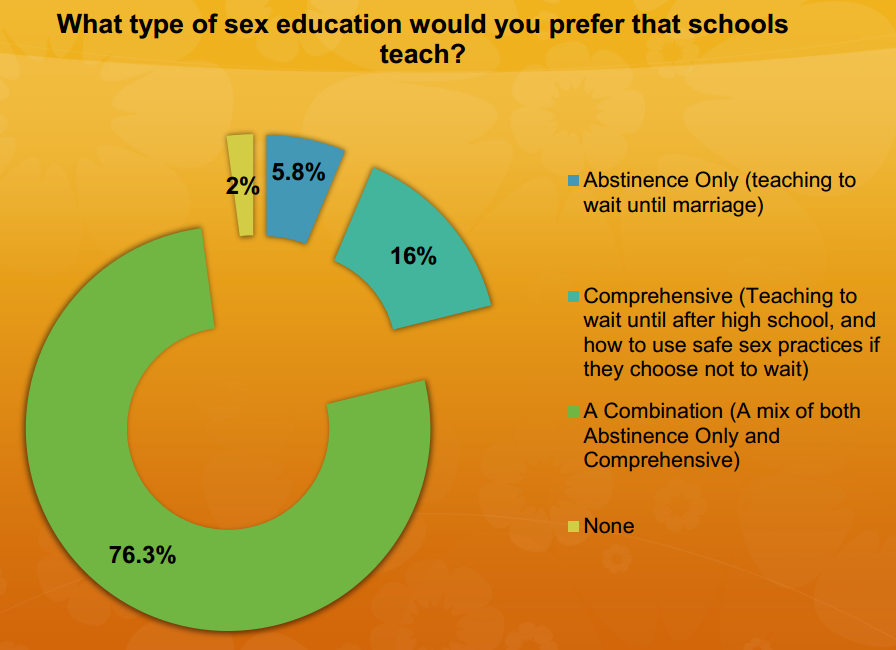 This webinar reviews the findings from a recent Oklahoma study of parent and youth attitudes on sex education and their implications for educational programming. Oklahoma is, politically speaking, one of the most conservative states in the nation, and few schools provide any type of sex education. Unfortunately, Oklahoma’s rate of births to teens ages 15-19 is also one of the highest in the nation. New efforts to introduce comprehensive sex education into schools are often challenged by advocacy groups that oppose programs that go beyond abstinence. Because no studies have looked at parental attitudes using rigorous scientific methods in the so called Bible Belt, school officials and policy makers are often swayed by the loudest voice rather than scientific data.

Adding to the problem is the complex nature of teen pregnancy and the multiple factors that contribute to behaviors leading to pregnancy. One review of over 250 studies identified 100 antecedents to teen sexual behaviors. The numerous factors associated with teen pregnancy often leave preventionists wondering which strategies will be most effective. Similarly, a recent meta-review of 69 studies that included both significant and nonsignificant results found 12 studies in which attitudes toward sex were strongly predictive of intentions to have sex, which in turn was the strongest predictor of actual sexual behavior among teens. Because average age of debut of intercourse has now fallen to under 15, it is also increasingly important to examine factors shaping attitudes toward sex among early adolescents to inform prevention efforts.