The benefits of high-quality out-of-school-time programs are well known, but ways to persuade youth to stay engaged are not. Several recent studies have shed some light on youth engagement.

“More Time for Teens” is a report issued at the midpoint of a three-year study into participation by 432 youth at 10 Boys & Girls Clubs across the country, starting when the youth are in seventh and eighth grades. It was conducted by a firm called Public/Private Ventures.

The clubs surveyed offered a wide variety of activities in five areas: the arts, sports and fitness, health and life skills, education and career, and character and leadership. Forty-one percent of youth surveyed reported participating in four of these types of activities in the past four weeks. Their five favorites were hanging out with friends, using technology, reading, playing sports and talking one-on-one with an adult.

Hanging out with friends” is one of teens’ favorite after-school program
activities, along with using technology, reading and playing sports.

Early results showed that the youth were more likely to continue attending when they were familiar with the club already from pre-teen years and when their friends were members. They were more likely to stay active when they had multiple opportunities to lead, but “hanging out” time was also important. Another important predictor of continued attendance was self-transportation: reflecting their growing independence, youth who could walk, cycle or ride the bus had higher rates of attendance than those who had to ask for a lift.

Results highlighted a few key outcomes from club participation. Early indications are that a higher level of attendance over a one-year period was linked to a positive change in three areas: character development (integrity, social competence and conflict resolution), improved school liking, and a delay in initiation of sexual intercourse.

The preliminary data indicate that to enhance retention, program leaders would do well to:

The final report is expected next year, and will address the question of how much engagement is enough – what are the threshold levels of attendance necessary to promote positive outcomes in an individual?

One measure of youth engagement is civic involvement. An article in the Journal of Extension this past spring addressed youth involvement in government social service programs. Is engagement possible, the article asks, even in “settings where bureaucratic procedures tend to cast … youth into fairly rigid roles?”

Since 2000, the state of California mandates each county to implement its Workforce Investment Act through county workforce investment boards and youth councils. Logically, each youth council must include at least one youth representative seat, but those seats are not always filled. The researchers found three primary reasons: The meetings are held during business hours, convenient to adults but not for students; transportation issues; and the meetings are not interesting enough for busy young people. Ironically, sometimes youth were prevented from attending because they found jobs.

The researchers, all of whom have strong connections to University of California Cooperative Extension offices across the state, found despite these obstacles, it was possible to engage youth in all stages of this process. Noting 4-H as an example, it states that “Effective youth development practices engage youth in active roles, viewing them as community resources, rather than passive recipients of services.” However, youth engagement in these youth councils was still rare.

They recommended making serving on these councils a more concrete, rewarding experience by giving youth short-term, assigned tasks outside of meetings; pairing youth with a mentor, and coaching them on the agenda and how to contribute in a meeting. They also recommend a greater role for Extension as a conduit.

Success would not be easy and it would probably require more funding, they wrote. “Youth engagement requires effort, but improves the quality of services, promising greater long-term payoffs that warrant increased public investment,” the report summarizes.

In a third study, researchers at the University of Illinois Urbana-Champaign and Vanderbilt University had less optimistic conclusions about youth civic engagement after attempting to involve them in efforts to ban indoor smoking. The program, called Engaging Youth for Positive Change, aimed to help youth understand and change their local environments. Its model attempted to empower youth while educating them about local government and tobacco use policy.

There were four sites, all with different demographics and circumstances. One group had some success, directly contributing to their city council taking the first step to ban smoking in public places. But all of the sites had mixed results from a youth engagement standpoint. At three of them, elected officials were unresponsive or controlling of public meetings. At one, youth perceived smoking as a minor risk, compared with more pressing issues in their neighborhood. In all of the sites, youth were to some degree discouraged by the political process, leading researchers to conclude that, “Empowerment and deeper youth engagement are less attainable if a specific policy is chosen for the youth … When programs fail, it is probably often because of a lack of fit between the interests or needs of youth and the advocacy or policy goals of a program,”. 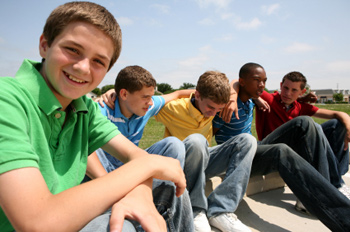