Analyzing numeric information produces results from data. Interpreting data through analysis is key to communicating results to stakeholders. The type of analysis depends on the research design, the types of variables, and the distribution of the data.

This section will focus on the two types of analysis: descriptive and inferential.

Descriptive analysis provides information on the basic qualities of data and includes descriptive statistics such as range, minimum, maximum, and frequency. It also includes measures of central tendency such as mean, median, mode, and standard deviation.

The measures of central tendency can give a snapshot of how participants are responding in general. These measures include mean, median, and mode.

When we think about how participants are responding in general (e.g., mean, median, mode), we also need to consider how far apart or close together participants’ responses are. To understand more about the nature of the data, you can consider standard deviation.

Once the data have been appropriately described, inferences can be made based on that data.

This section provides an overview of things to consider before starting inferential analysis, examples of common statistical tests, and the meaning of statistical significance.

Looking at the distribution, a curve could be drawn over it that would fit the data. If the distribution looks like the one in the image below (or close to it), it is normal. This type of distribution shows that the majority of the data is clustered around one number or value. Usually if the data is normal, statistical tests called parametric tests are used.

There are several ways a distribution can be non-normal; a small sample size or unusual sets of responses are common causes of non-normal distributions. Usually if the data is non-normal, statistical tests called non-parametric tests are used.

This type of distribution does not take the shape of the familiar Bell Curve and can be skewed positively or negatively.

The bar chart below shows negatively skewed data; the majority of the scores are at the higher end of possible scores.

The bar chart below shows positively skewed data; the majority of the scores are at the lower end of possible scores.

Kurtosis describes a distribution that is either too peaked (pointy) or too flat. 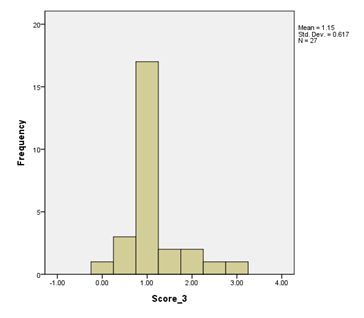 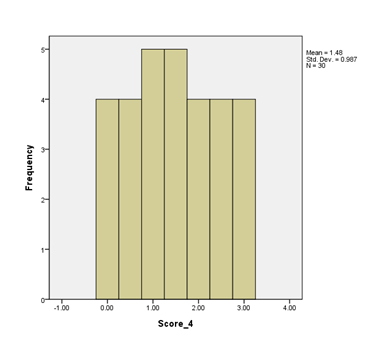 Types of Variables Up Types of Statistical Tests